Get to know us: 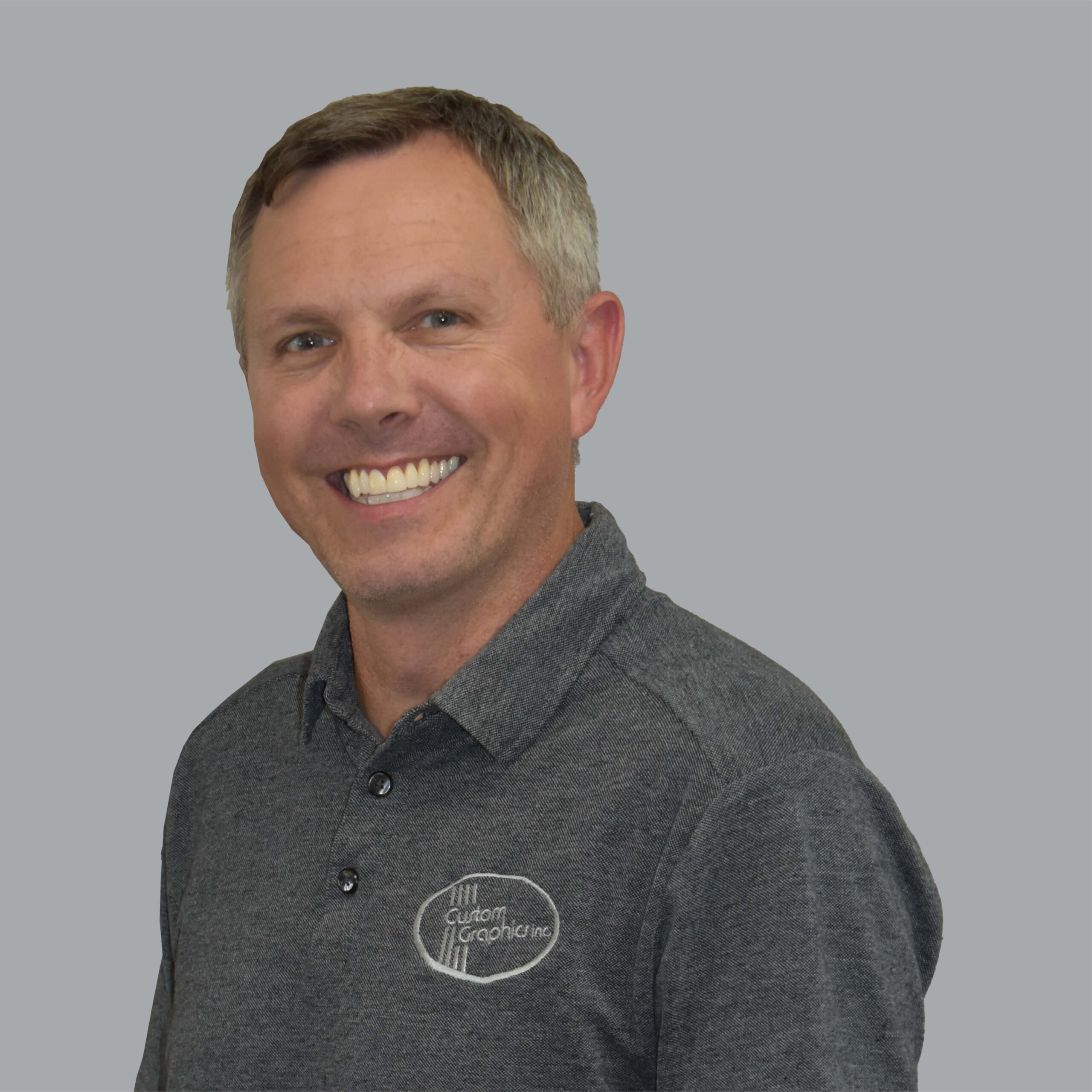 Shawn grew up and graduated from Moorhead, Minnesota. After graduating high school, Shawn decided to stay local for college and attended MSUM. Four years later, Shawn graduated from MSUM with a degree in business management as well as a minor in psychology. After graduation, Shawn moved to the Minneapolis area to work for a large company as marketing coordinator. Seven years later, he returned to the FM area and started his job here at Custom Graphics. Over the course of his 15 years here, Shawn has worked in several different positions, sales being his favorite. At this time, Shawn is happily married with two daughters and an adult stepson.

Favorite movie from your childhood?

- Entertaining friends and family at the lake, as well as bingo.

- Shawn is also bad at spelling! 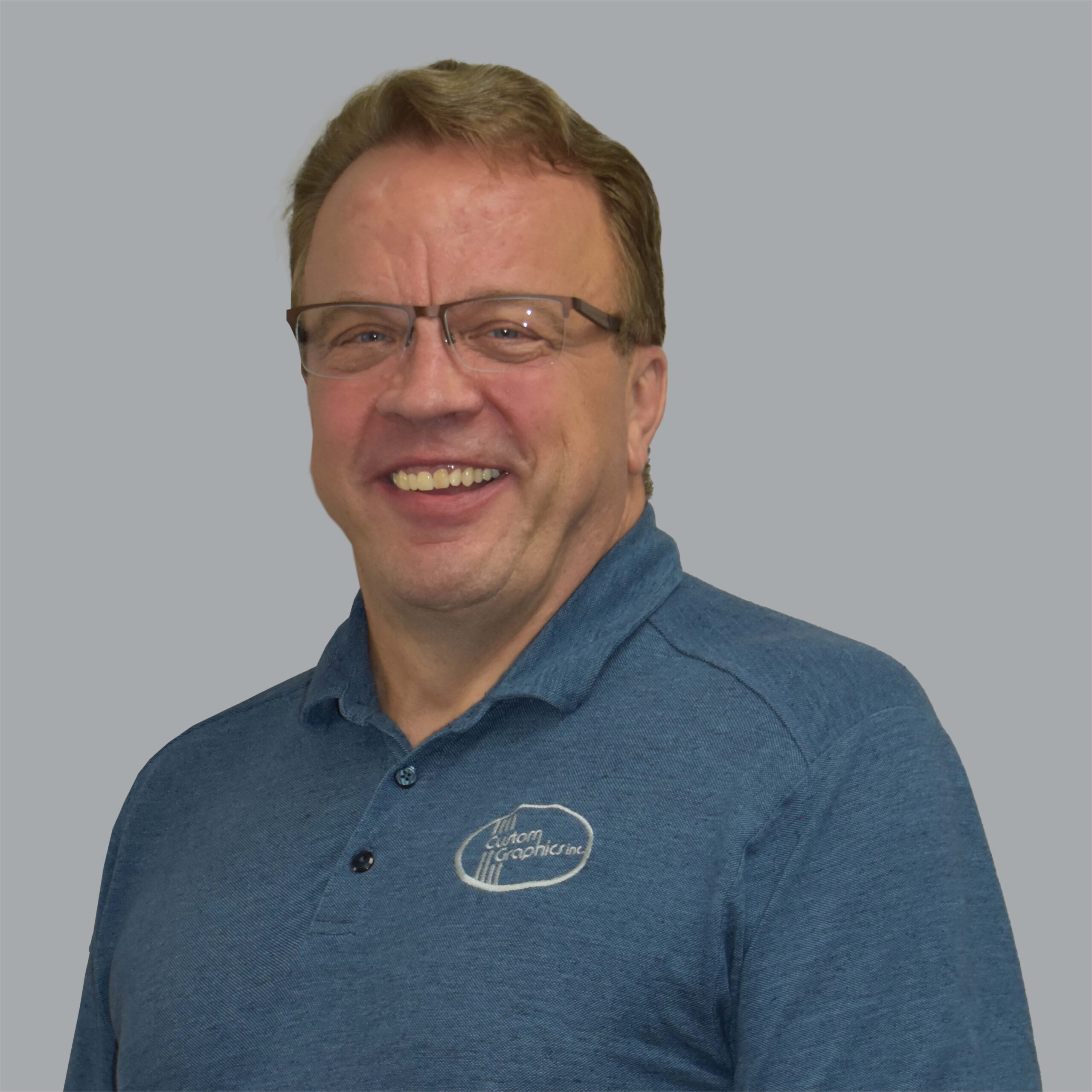 Steven is also a local, growing up in Fargo, North Dakota. Besides spending most of his life in Fargo, Steven also lived in Minneapolis for 30 years. Besides Steven being incredibly friendly and social, he also has great people skills. That being said, he has been in sales for 25+ years and is an expert!

- Some of Steven’s hobbies include golfing, photography, bowling, cartooning and art along with pool and pinball.

- One of Steve’s cartoons has been featured in a Red Lobster magazine! 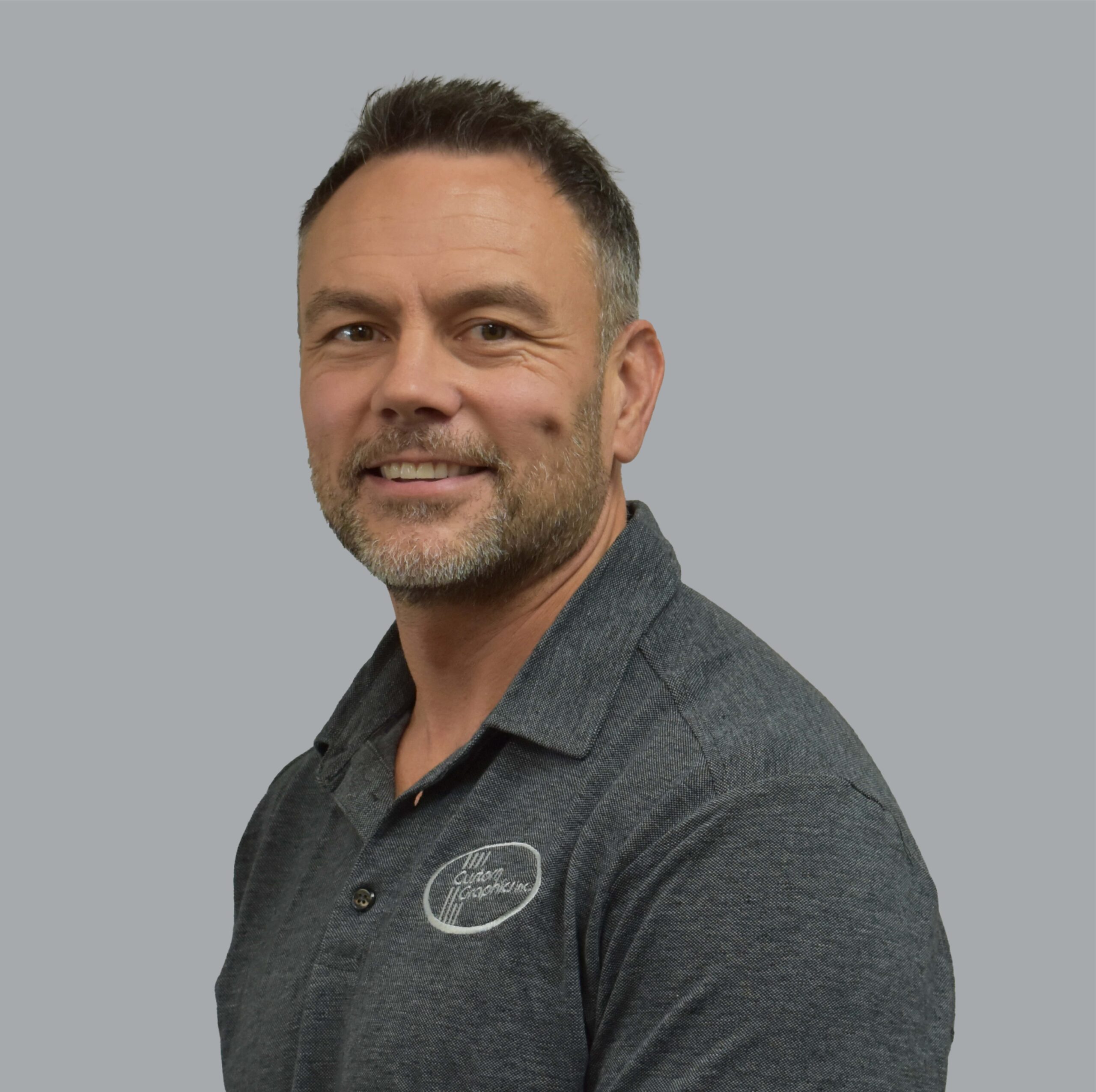 Wade grew up and graduated from the small town of Parker, South Dakota- about 30 minutes West of Sioux Falls. Eventually, Wade moved to the Fargo-Moorhead area nearly 6 years ago and currently resides in West Fargo with his wife and children. Wade has 5 children in total, ages ranging from 4-22, with 2 out of the home and 3 still at home.

Favorite movie from your childhood?
- He has many favorites, but amongst the top is Batman (1989 with Michael Keaton & Jack Nicholson) as well as Teenage Mutant Ninja Turtles.

What are some of your favorite hobbies?
- Wade enjoys spending his free time by practicing Ministry, working out and reading.

Fun Facts:
- Not only is Wade a great salesman, he is also a wonderful artist. Wade has won multiple awards for drawing/art, some even being in publications!

- In addition to Wade’s artistry, he was also involved in martial arts for nearly 20 years! 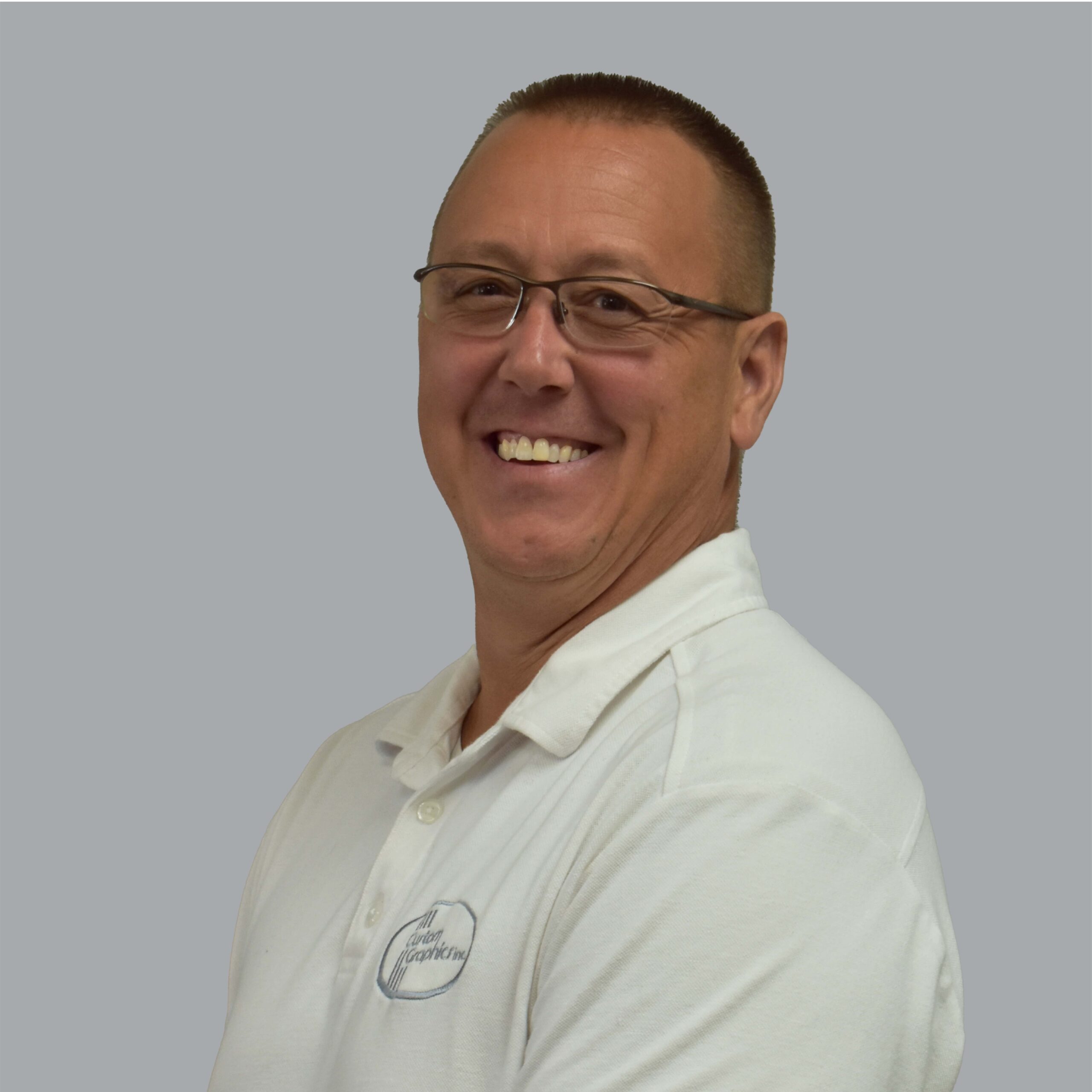 Mike was born and raised in Fargo, ND. After high school, Mike attended MSUM and later transferred to Alexandria tech. Graduating in 1996 with a criminal justice degree. About one month out of the police academy, Mike was hired as the Chief of Police in Kindred, being the youngest Chief of Police in North Dakota at the time. After a couple years, Mike was offered a job from the WFPD, where he worked mainly on investigations and was also a member of the Cass County Bomb Team. After several years of service, Mike left law enforcement a decorated officer, with letters of recognition and a ND Peace Officer of the year Life Saving Award. Mike has since switched to outside sales here at Custom Graphics and loves it.

Favorite movie from your childhood?

- Star Wars, but Smokie and Bandit are tied for second.

- LUNA, Blackbird Wood-fire Pizza,  as well as The Roundup.

- In Mike’s free time, he enjoys spending time outdoors. He is an avid sportsman, participating in competitive shooting and reloading. As well as hunting, fishing, and riding his CanAm.

- Mike holds the record for the number of stolen cars stopped in one day-3.

Zach was born and raised in Marshall, Minnesota. While growing up, Zach worked alongside his father at Paxton signs from 5th grade through college. Taught by his grandfather and dad, Zach learned how to hand letter vehicles and signs. In 1985, Zach installed the first version of a computer based vinyl cutter for his dad. Eventually, Zach ended up moving to Moorhead to attend MSU and pursue a degree in small business administration and a minor in accounting. Between graduating high school and attending college, Zach’s grandfather taught him how to bend neon. By bending neon in the late hours of the night, Zach was able to pay for some of his college. Eventually, Zach was recruited by his father’s cousin Paul Paxton, to work at Custom Graphics. In 2016, general manager Zach, took over the family business after the untimely passing of founder Paul Paxton. Since that time, Custom Graphics continues to take big strides to become a larger scale digital printing operation. Outside of running Custom Graphics, Zach is a husband and father of four children-three daughters and one son. Shelley and Zach have been married for 20 years. Their two eldest children are recently married, one works at Custom Graphics, and the youngest is in middle school.

- In Zach’s free time, he enjoys being involved within his church and is currently the children’s ministries director.

- Zach’s birthday is on Christmas eve.

- He is also secretly skilled at drawing Looney Tunes characters.

The sales department meets one on one with our customers in order to build interpersonal relationships, which in return, curates the best product for the customers wants and needs.